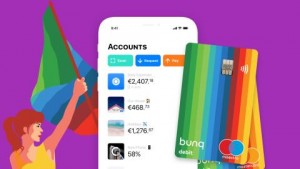 Developers can now be listed independently with their own apps in which they’ve integrated bunq’s real-time payment system.

Founder and CEO Ali Niknam, says: “Bunq believes in innovation and transparency. That’s why, long before PSD2, we opened up our API. Being a bank built by fellow coders, bunq lets developers build unique apps that enrich the life of all bunq users on top of a fully licensed bank. This way we’re spearheading innovation in the entire banking sector, not just in our own services.»

Accessible via existing online banking credentials, users will be able to activate already-integrated apps and platforms of their choice via the marketplace with just a click.

The first apps to go live on the API market place are Moneybird, Spend Cloud, Bizcuit, Minox and bunqDesktop.